Thomas Feuerstein (AT) ÉLAINE and TRIFFID

Thomas Feuerstein‘s artworks function rather like laboratory experiments that take up the threads of reality and weave the viewer into a tapestry of narratives. The artist produces his own food and painting materials, cultivating a form of manna that serves as pigment for his paintings and as a source of food and energy, whilst freeing the atmosphere of carbon dioxide at the same time.

The sculptures Manna Machines operate along the lines of bio-reactors, in which Feuerstein‘s preferred species of algae, Chlorella vulgaris, is pumped through a system of pipes, comparable to the way the leaves of a tree increase its surface area and so optimize the potential for photosynthesis. Depending on the specific space or site, the sculptures function with sunlight or artificial light and produce plankton that are continually filtered and collected. By means of the drying process, Feuerstein derives a pigment for his paintings entitled HARVEST.

In 1919, the celebrated German biochemist Otto Warburg used a chlorella alga for his fundamental experiments on photosynthesis, and in 1961, Melvin Calvin received the Nobel Prize for his work on chlorella. The search for alternative sources of nutrition and energy has led to an increase in the significance of algae as foodstuff and beverage, as cosmetic and pharmaceutical products and considered by NASA as protein source for long-term missions.

Although Feuerstein‘s Manna Machines operate under real conditions during the exhibition, they function primarily as a symbolic apparatus, absorbing strands of reality (food, energy, climate) in order to concentrate them artistically and socially.

The main motifs in Feuerstein’s work revolve around the preoccupation with growth and transience, processes of transformation, biological metabolism and entropy. Characteristic of Feuerstein’s artistic method of “conceptual narration” is the fusion of the real and the symbolic, the biological and the political, provoking confabulations and fictional narratives. 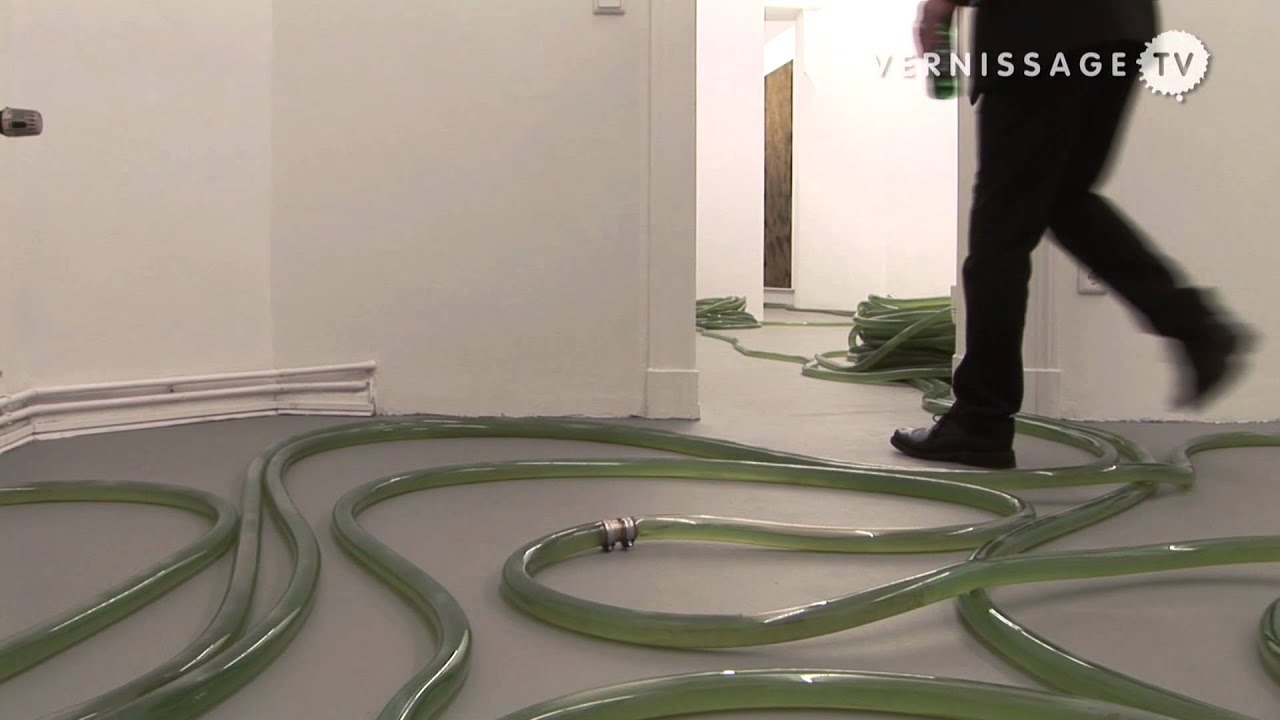 Thomas Feuerstein, born 1968, is a Vienna-based artist and writer whose work oscillates between the fields of media art and biochemical art. He studied art history and philosophy and has been a regular lecturer and visiting professor at numerous universities and art academies. Feuerstein bridges the interface of applied and theoretical science. His projects combine complex bodies of knowledge from philosophy, art history and literature, biotechnology, economics and politics. His artistic narratives examine the interplay between individuality and sociality, and aesthetically translate research into molecular sculptures, and the aesthetics of entropy. His artworks comprise the most diverse media, including installations, drawings, paintings, sculptures, photography, radio plays, net and biological art. Feuerstein focuses particularly on the interplay between verbal, visual and material elements, the unearthing of latent connections between fact and fiction, as well as on the interaction between art and science. At the core of his practice is an artistic method he calls “conceptual narration.”