The artistic research entitled Growing Acts started in the spring of 2020 after the two-month-long lockdown, when a bee came into a flat on the fifth floor of a building. We wondered – who are all the citizens of this city? Can we expand the concept of citizenship to other beings as well?

On walls in the centre of the city of Zagreb, a total of 183 plant taxa from 59 families were found. Our anthroposcape is ruled by an invisible wilderness of the kind that we can also meet in what are called natural environments. Nature has not only found a manner of developing a system to survive in such territories, it has, in fact, never even left them.

We dismiss the wild wall flora of the anthroposcape as undesirable weed and biological junk, for its existence has not been planned. The creation of systems and the rationalisation of their use exist in human nature. The nature of plants knows nothing of the creation of resistance to this, rather the power of adaptation to new or adverse conditions where our pressure has relaxed.

But the nature of the metabolic processes of plants is unchanged – with their roots, they absorb water with dissolved substances from the substrate consisting of particles of human waste, while plants’ above-ground organs perform photosynthesis. The therapeutic properties of taxa found like parsley, mallow, dandelion and nettle are deeply rooted in culture and industry. Obtained from them are useful concoctions based on their metabolic products, which today however often contain harmful substances. In the anthroposcape the possibility of cooling a space, soil remediation of, air filtration and so on goes far beyond their historical utility. Although the area they occupy is small, the cumulative influence of plants on the anthroposcape is unexplored, although undoubtedly vast. What can we offer in return?

By mapping our invisible fellow citizens, we are raising questions about the new relations of coexistence, the conditions and human responsibilities that derive from them. The installation consists of concoctions of therapeutic plants that are toxic because of the heavy metals, sound images of the soil, a herbarium expanded by various media conversions, moving images and text.

Production: KONTEJNER I bureau of contemporary art praxis The work was realised as part of the Future DiverCities project with support of the Creative Europe Programme of the European Union. 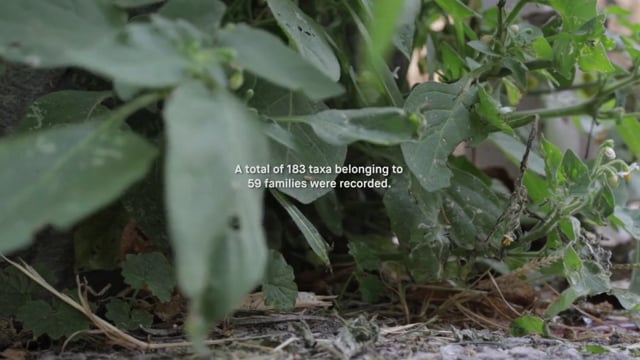 M28 is an informal collective of artists, designers and researchers that have been working at the eponymous address since 2017.

Luna Džidić-Uzelac was born in 1991 in Zagreb, and took her first degree in experimental biology at the Faculty of Science. She deals with the application of plants in various aspects of human activity as well as education about this field. She uses plants from her surroundings in the kitchen and makes medicinal preparations, as well as preparations for many other practical undertakings inspired by traditions of the peoples from various parts of the world.

Lana Grahek was born in 1989 in Zagreb and took a degree in design from the Faculty of Architecture. Currently she lives and works between Eugen Kvaternik Squareand Trešnjevka neighborhood as a freelance graphic designer. She works mainly in the area of printed media. She is a member of the Croatian Designers Association and the Croatian Association of Independent Artists.

Vanda Kreutz was born in 1990 in Zagreb. After graduation from the School of Applied Arts and Design, she enrolled in an undergraduate degree course in animation and new media, and then a graduate course in new media in the Academy of Fine Arts in Zagreb, graduating in 2018. In her artistic practice, she explores the area of experimental film, animation, photography and the audiovisual installation. Since 2014 she has been involved in the education of children and young people in film workshops.

Sara Salamon was born in Rijeka in 1991; she took a degree from the Academy of Applied Arts in Rijeka, media art and practice major. She works in the fields of different artistic practices, as visual artist, cinematographer and editor. In her work she most often attempts to subvert the medium.

Sven Sorić, born in Sisak in 1989, is a freelance graphic designer whose work is focused on print media and identity systems and who mainly works for institutions in culture. Having taken a degree in architecture and urbanism, he rejected the profession after a few insignificant months of practice. He is a member of the Croatian Designers Association and the Croatian Association of Independent Artists.