Synapsis, an interactive audio-visual installation dealing with the perception of pain as information. Sound and visual content is made in real time and each experience of the installation is unique. The artwork is based on pain as an unpleasant feeling caused by threatening, dangerous stimuli. Expecting this type of stimuli, the brain can overemphasize the intensity of the real pain. The idea is to represent conscious control of information flow moving towards the part of the body receiving the stimuli. Coordinates of the visitors are picked up by sensors and they are in interaction with the audio-visual content which reflects three stages: 1. Painless stage in which a small, green ball is synced with a heartbeat-like sound; 2. Tension stage in which the form distorts depending on the position of the visitor and accompanied by changes in sound 3. State of pain in which the form loses its structure completely, while the sound gets intensive and loud. The deformed shape is never brought back to the first stage because the pain is not overcome, it still exists – only not in the state of vulnerability and damage.

As a part of the programme, a two-day workshop will be held and moderated by Stanislav Drča (member of City-Guerilla) and Rodrigo Guzmán Cásares on the topic of VVVV, a multimedia platform on which the installation Synapsis is based. Participants will learn how to use the programme for producing audio-visual content, live video editing, creative coding, audio-reactive visualisations, 3D modelling and animation, mapping and integration with different sensors like Microsoft kinect, Leap Motion, Oculus Rift Headset as well as Arduino microcontroller. The goal is to enable the participants for further research, experimentation and independent work with this tool. Participants should bring their laptops with Windows OS. Previous knowledge regarding the programme in not mandatory. Due to a limited number of participants, it is necessary to apply for the workshop via e-mail galerija@mochvara.hr until Wednesday, September 21, 2016. 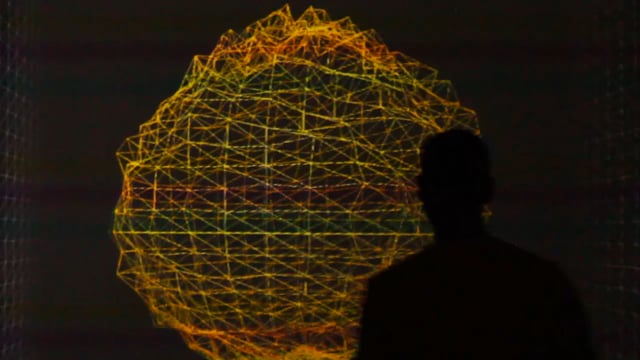 City-Guerilla, a collective developed from the basic concepts of Goethe-Guerilla – a group formed around Goethe-Institut Belgrad and the common goal of creating a network of young people of diverse profiles that will have an influence on their surroundings and the city of Belgrade. Since 2012 the group is focused on the Savamala area, a neglected part of the city that changes dramatically. Since 2013 they worked as part of the Urban Incubator, a Goethe-Institut Belgrad project, and since 2014, after five years of activity, the group transformed and registered as City-Guerilla association with headquarters in Savamala district, staying at the same time closely related to Goethe-Institute Belgrad and Urban Incubator until this day. The group represents a creative laboratory and an interdisciplinary platform aiming towards strengthening and the development of civil society through creative interventions within different fields, exchange of skills and knowledge through concrete projects and networking.

Stanislav Drča, graduated at the Academy of Arts in Novi Sad, Department of Fine Arts, New Media Arts programme in 2016. Although he is not keen on defining his art one-dimensionally, through a thematic framework of media, his works are most often realized as interactive installations, happenings and projections in the area of socially engaged visual practices. He has participated in over forty group exhibitions in Serbia and abroad. He is a member of City-Guerilla.
contact: stanislavdrca.com

Rodrigo Guzmán Cázares, an active participant in the audio-visual and experimental art/music scenes since 2003, first in Mexico and then in Europe. He specializes in the fields of data visualization, graphic design, sound sculpting, audio-visual performance, interactive graphic interface programing, and prototyping. In 2013, his VJ performance as Abduct won two of the most important VJ battle contests in Europe – Videozone.pl and VJ Torna Battle at Live Performers Meeting in Rome.
contact: abducto.tumblr.com